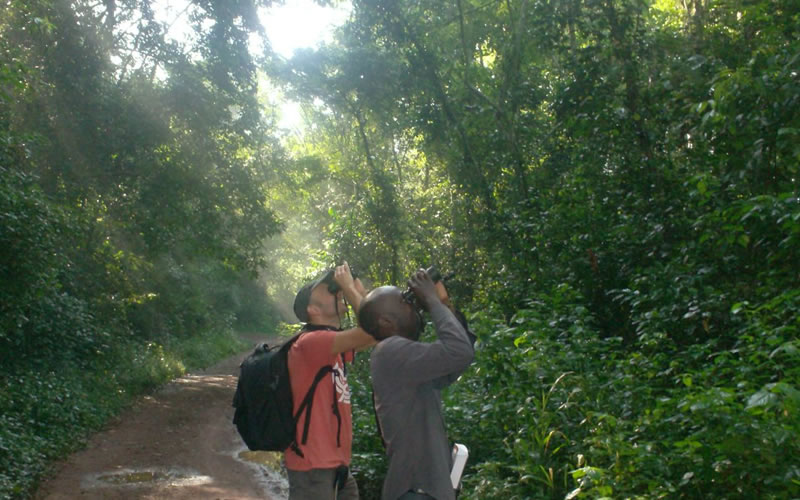 Mabira Forest Reserve is situated 56 kilometers/35 miles along the Kampala-Jinja highway within Buikwe, Kayunga and Mukono districts and extends for 306 square kilometers (118 square miles/30,600 hectares) which makes it the largest Natural Forest reserve within Central Uganda, and the 6th largest Forest Reserve in Uganda. This forest Reserve is a perfect destination for a short safari like a weekend outing or on a short public holidays.

This Tropical rain forest was established into a Forest Reserve in 1932 by the British Colonial Government making it one of the oldest forest reserves to be gazzeted in the country and is currently managed by the National Forestry Authority (NFA). This Forest Reserve inhabits the gentler areas characterized by several round-topped hills and vast and shallow valleys (where some valleys have papyrus swamps). These exceptional places shelter over 315 bird species including about four of the Afro-tropical Highlands biome species, 74 of the total 144 species of the Guinea-Congo Biome and one specie of the Sudan-Guinea Savannah biome species. While on the 10 kilometers of well maintained trails for birding, you will be able to satisfy your eyes with what this Forest Reserve offers.

While on a birding safari in this Forest reserve, you will encounter at least 200 species of the birds within the area that include the Black and-white Casqued Hornbill, the Red-capped Robin-Chat, the Forest Woodhoopoe, the African Shrike-flycatcher, the Yellow-spotted Barbet,  the African Pied Hornbill, the Yellow White-eye, the Hairy Breasted Barbet, the Speckle-breasted, the Bockages Shrike, the Grey and Cassin’s Honeyguide the Fire-crested Alethe, the Cattle Egret, the White-bellied Kingfisher, the Yellow-billed Barbet, Dusky Long-tailed Cuckoo, Sooty Boubou, the Honeyguide Greenbul, the Tambourine Dove, the Buff-spotted Woodpeckers, Hairy-breasted Barbet, Red-tailed Bristlebil, the Red-bellied Paradise Flycatcher, the Forest robin, the Purple-throated cuckoo, Hadada Ibis, the Speckled Tinkerbird, the African Harrier Hawk, the Broad-billed Roller, the White-spotted Flufftail, the African Dwarf-kingfisher, the Little Greenbul, the Hammerkop, the Long-crested Eagle, the Marabou Storks, the Black-and-white-casqued Hornbill, the Red-chested Sunbird, the Capuchin Babbler, the Speckled Tinker bird, the Great-Blue Turaco, the Yellow-crested cockatoo, the Pied Crow, the Black Kite, the Green-breasted Pitta, the African Thrush, the Black-and-white Manikin, the Black-shouldered Nightjar, the Brown-eared bulbul, the Shining-blue kingfisher, the Cassin’s Hawk-eagle, the Chestnut Wattle-eye, Sabine’s Spinetail, black-bellied seed cracker, the Open-billed Stork, the Superb Sunbird, Yellow-mantled weaver, Illadopsis, the African Grey Parrot, the guinea fowls, the Grey long-bills the Jameson’s Wattle-eye, the Palmnut Vulture, the Lizard Buzzard, the White-threatened Bee-eater, the Black-headed Weaver, the Cassin hawk eagle, the red headed blue bill, Yellow-throated Tinkerbird, the African Shrike Flycatcher, the Red-headed Malimbe, the Velvet-mantled Drongo, the Yellow long-bills Black-billed Turaco, the Black shouldered Nightjar, the Bronze Manikin, the Grey-green Bush-shrike, the Blue-throated Roller, Afep Pigeon and the Nahan’s Francolin among others. Birding within Mabira Forest Reserve starts from the highway where you will encounter several bird species especially the Great-Blue Turaco and the Pied Crows among others.

In addition to the bird species, this Forest Reserve is a haven to over 23 mammal species including 6 primate species such as the popular Grey-cheeked Mangabey, the Vervet monkeys, Black and white Colobus monkeys, Red-tailed Monkeys and the Black and white Colobus monkeys among others. There are also over 312 tree species including 5 species of International Conservation concern. This makes this forest reserve a perfect place for birding in addition to nature walks, camping and picnic and grey-cheeked mangabey tracking.

In conclusion, Mabira Forest reserve is a must-visit destination for birding with over 315 bird species. When you visit this site, you will be totally amazed by everything it offer to tourists who visit it. 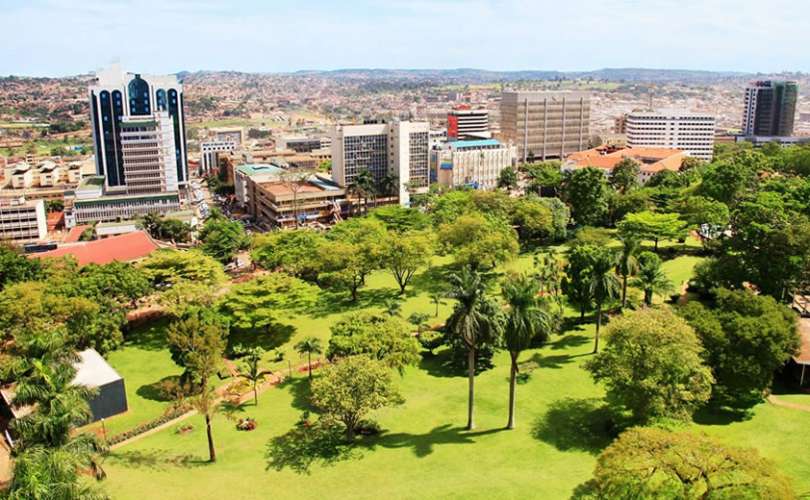 Go Hiking in the Mgahinga Volcanoes